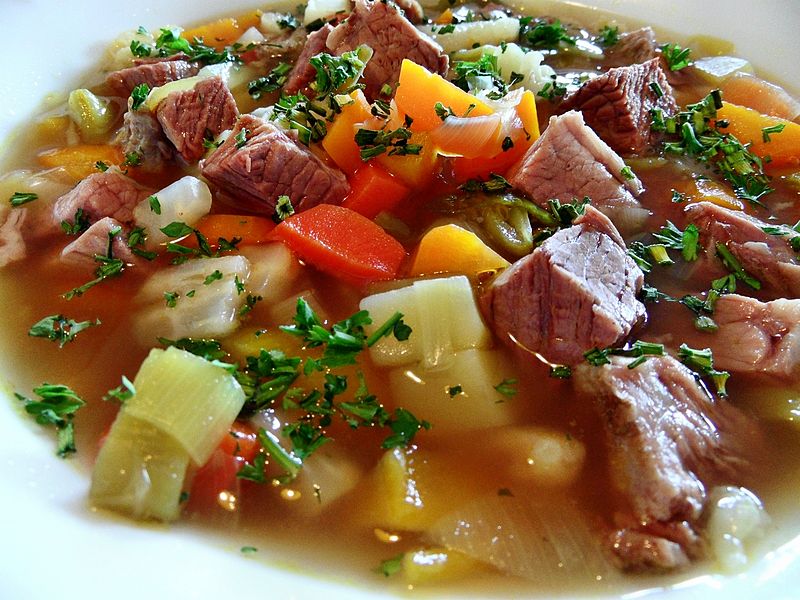 This recipe has tradition, the Pichelsteiner Bavarian Stew.  It is one of the popular soup or stew (Eintopf) recipes from Germany, and this one is from Bavaria. It is very easy to do: Cut all ingredients in small pieces, mix them in a big pot, and let cook. Everything will boil nicely until it is done. This recipe has also a history which can be traced back more than a 100 hundred years.

In the little village of Grattersdorf deep in the Bavarian Forest, there was the Gasthaus (inn) of the lady “Auguste Winkler” who is to be said the originator of this recipe. It was named after the “Büchelstein”, a mountain of 832 m height, where on a nearby meadow, a yearly fest was celebrated. Supposedly the Eintopf was created for that special fest.  It was ideal for outside cooking, easy to do, and because it was so delicious, it became very popular. So at first it was the Büchelsteiner stew, and developed time after time as the letter “ü”  changed to “i” to the Pichelsteiner.

Since 1874 the people from the village “Regen” gather yearly for a religious Holiday called “the Kirchweihfest” and they are all enjoying the Pichelsteiner stew. Until today this is a celebration called “The Pichelsteiner Fest”. The recipe was mentioned in a cooking book the first time in 1894. This is quite some tradition, don’t you agree? Happy Cooking!

– Peel and cut the vegetable into small cubes or small pieces.
– Cut all meat into 1-inch thick cubes.
– Cut the bone marrow into coarse dices.
– In a big skillet melt the lard/butter over high heat and add the meat.
– Brown it evenly on all sides; regulate the heat so it won’t become too brown or burned.
– Pour water over the meat and bring it to  a boil.

– Meanwhile scrape all frying particles from the bottom and sides of the pot.
– Boil it briskly for a few seconds, then set aside.
– Mix all vegetable in a kitchen bowl (without potatoes).
– Spread the bone marrow on the bottom of a heavy skillet and arrange about one third of the meat over it.
– Sprinkle the meat with some salt and fresh ground pepper and put on top one third of the vegetable mix.

– Make layers like this, and add on top the potatoes; sprinkle with salt and pepper, add all remaining liquid.
– Bring it to a boil over high heat.
– Reduce heat to its lowest level, cover the pot tightly.
– Let simmer for 1.5 hours without stirring.
– Serve the stew directly from of the pot.

TIPS
You can make this stew with different vegetable as well.
You would have to use 8-9 cups of mixed vegetable.
Recommended vegetable: Brussels sprouts, cauliflower or zucchini. 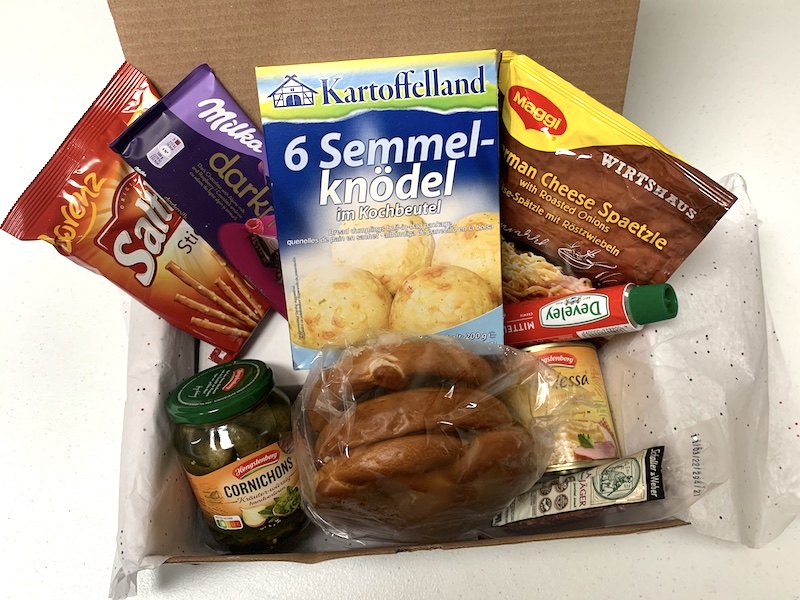