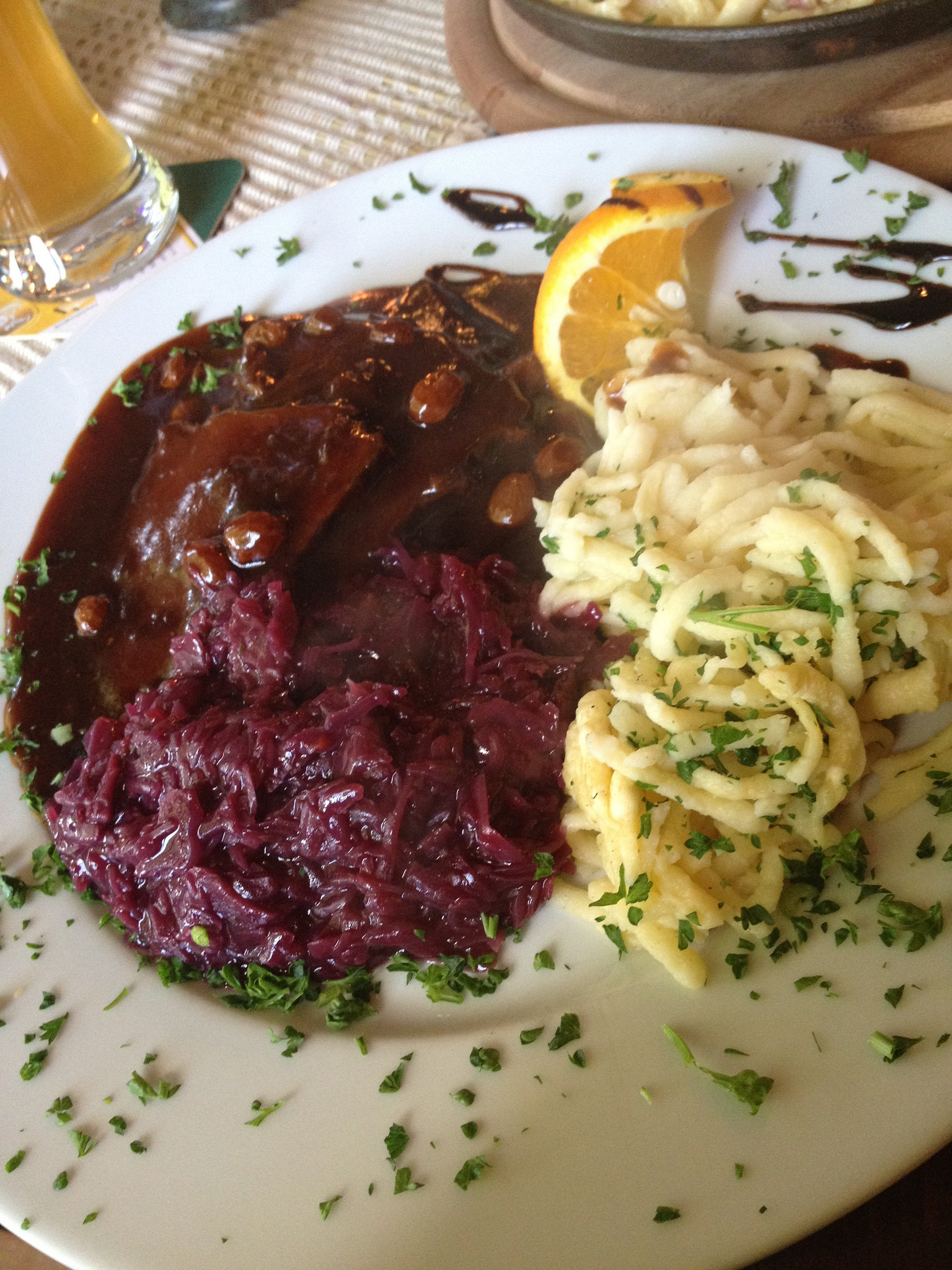 Learn today how to make the German Rhineland Sauerbraten. Some preparation time is needed because you need somewhat unusual ingredients for this dish:

1. Apple Butter or Applekraut (Apfelkraut):
It is a highly concentrated form of apple sauce produced by long, slow cooking of apples with cider or water to a point where the sugar in the apples caramelizes, turning the apple butter a deep brown. The concentration of sugar gives apple butter a much longer shelf life as a preserve than apple sauce. It is a Rhineland food specialty.
Find the Aachener Printen on LoveGermanFood.com 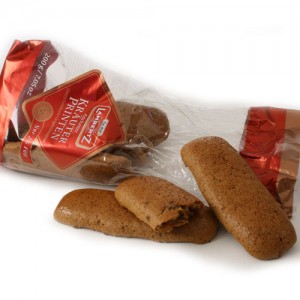 Make the Marinade
– Use a big pot and add vinegar, water, cloves, mustard seeds, pepper corns, and sliced onions.
– Chop the soup vegetable coarsely and add it as well.
– Bring to a boil, let boil for 5 min.
– Let cool off.

– Wash the beef briefly, and pat dry with kitchen paper.
– Place it in a glass or ceramic bowl (not a metallic bowl) together with the marinade, cover with foil and let sit for at lest 3 days. The meat should be completely covered with liquid. Keep it in the fridge.
– Turn the meat after 1.5 days.
– After 3 days remove the meat, pat it dry, sieve the liquid and keep it for the gravy (important!). You can discard vegetable.

Roast the Beef
– In a big pan heat clarified butter on high heat and brown the meat briefly from all sides. Pour half of the marinade over the meat, this makes a great gravy.
– Chop the gingerbread cookies, combine  with red currant jam, apple butter and raisins, then place around the meat.
– Let the meat simmer on low temperature for at least 2 hours, covered with a lid (exact cooking time depends on the meat). It’s done when the meat is very tender and soft.
– Should the gravy be too thin you can add heavy cream, or mix 1 tbsp corn starch with cold water and add to the gravy (thickens the gravy). But usually the gravy has the right thickness.
– Place the Sauerbraten on a warm plate and slice it.

Notes
Some recipes require that the meat is in the marinade for 3 weeks. If you marinade it for 3 weeks the cooking time will be less.
If you cannot get the Aachener Printen you can also use gingerbread Lebkuchen but it might be a different taste.
Instead of water and vinegar use 0.75 l red wine and 0.5 l raspberry vinegar.
Bonne Maman has the best red currant jelly and you can find it in many US super markets. It has to be jelly. Don’t use jam.