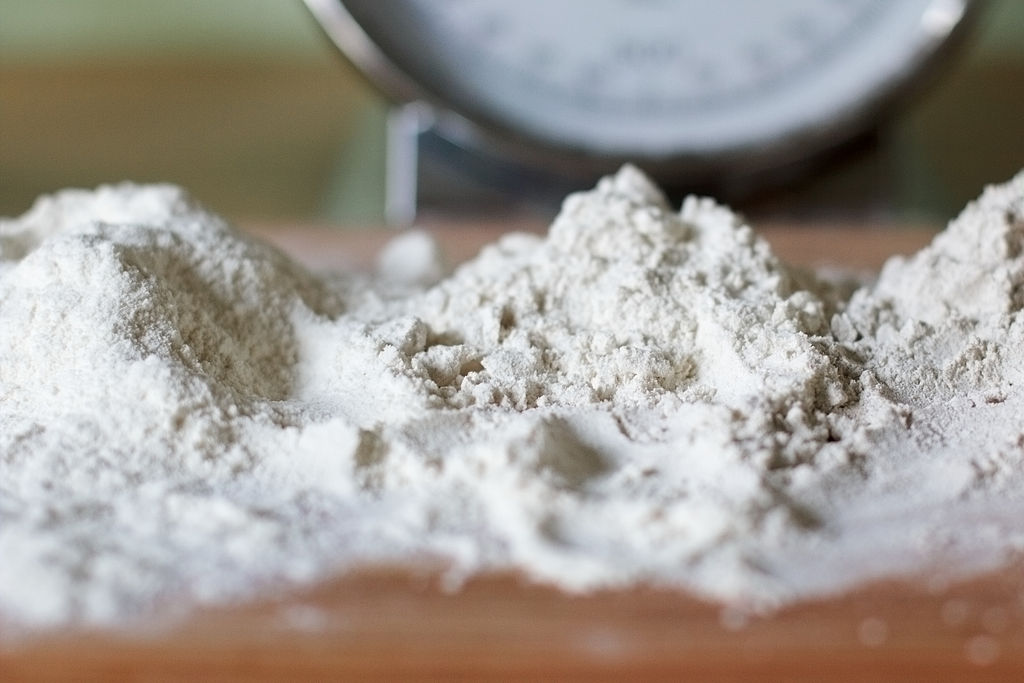 All About German Flour

This article is All About German Flour – In Germany there are many different kinds of flour, and it is made mainly out of wheat but also from rye or spelt, and all grains are NON-GMO.

Some German baking recipes don’t contain flour but in this article we talk about flour and what you should know about it when you want to bake these delicious German cakes and pastries.

Gluten
What is actually gluten? Some flours such as wheat and spelt contain proteins and they are called gluten. The task of gluten is to add structure and strength to the baked products.

The German Flour Numbers
Flour in Germany is designated by numbers such as 550. The numbers are showing the amount of ash found in 100 grams.
Find out in this article what flour you should use when you come across a recipe that is asking for a flour with a number. 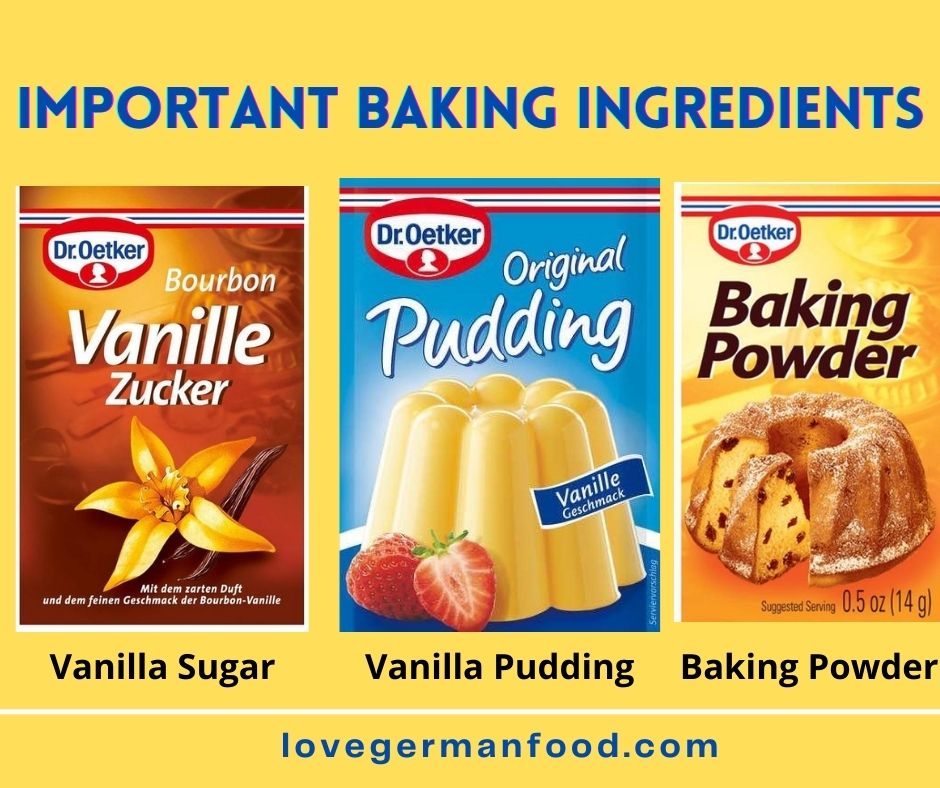 What Flours are we Using in Germany?

Flour Type 405 or US Pastry Flour
Pastry flour is made from a special soft wheat and contains gluten only 8-10%. It is quiet soft and of an ivory color. It is used for pastries, muffins, pies, cookies or sweet breads.

Flour Type 550 or US All Purpose Flour
This flour type 550 is equivalent to the American all-purpose flour. All-purpose flour is made from a blend of hard and soft wheat and has a gluten content of 9-11%. It can be bleached or unbleached. We recommend to use unbleached flour as the bleached flour has less Vitamin E.
Do you miss the German Broetchen? The crunchy rolls? We have a recipe – Click here to go to the Broetchen Recipe –

All-purpose flour is a versatile flour and is used a lot in baking. But if you use it for bread the result is a less chewy bread than baking it with bread flour. When it comes to professional baking the experts are not using all purpose flour.

Flour Type 812 or US Bread Flour
Bread flour is made from a hard wheat and contains gluten of 11-13%. It is pale yellow when first milled and turns off-white with aging. It feels slightly granular when rubbed between your fingers.

This is the best flour to use for breads and rolls.  Its high gluten content gives bread the structure needed to rise and hold its shape.

Flour Made in Germany from LoveGermanFood.com Shop 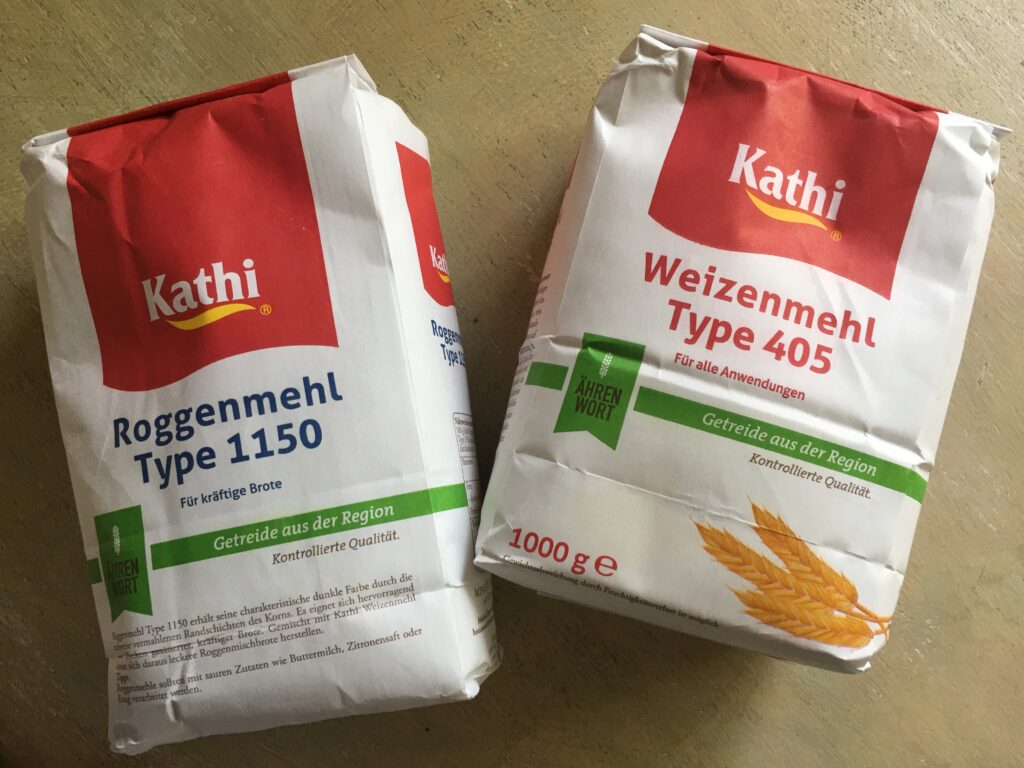 Flour Type 1050 or US High Gluten Flour
High gluten flour is a white flour made from hard wheat and contains at least 13-14.5% gluten. It is best used  together with other grains and flour to provide more structure. It is also good for breads that are extra elastic such as bagels and pizza.

But the High-gluten flour should not be confused with vital wheat gluten which is a pure gluten powder that can be used in a small amount to strengthen weak flour.

Flour Type 1600 or US Whole Wheat Flour
This flour is brown in color and is derived from the whole wheat kernel, including the germ and bran. It is more flavorful than white flours which do not include the germ. Because the germ is included, there are more nutrients, fiber and fat in whole wheat flour.

Flour Type 1150 or US Rye Flour
Germany’s popular Roggenmehl Number 1150 is  a medium to dark rye flour. Rye flour is darker than wheat flours and it contains more  vitamins B and E.

Rye flour is used a lot for different breads and rolls. Its taste can be slightly sour and the bread can be kept longer than any wheat bread. It is also often combined with other flours because of its low gluten content.

Pumpernickel Flour  or in German Roggen-Vollkornmehl
If you like to make your own pumpernickel bread then you should use the Roggen-Vollkornmehl flour, a a whole rye flour made from the whole rye grain, including the bran and germ. It is very healthy as it contains all the valuable substances from the grain. It makes a hearty bread that is dark brown in its color. You can combine it with rye flour if you want a smoother and lighter taste.

White Spelt Flour  or in German Dinkel Mehl 630
Germany’s Dinkel Mehl 630 is equivalent to white spelt flour. It is a flour made from finely milled spelt grain. In Germany, it is often used instead of Flour Type 405. It is excellent for bread baking, but is usually combined with other flours because of its high gluten content. Also, because it is high gluten content, bread doughs made with 100% spelt flour can quickly become over-kneaded, resulting in a tough, dry product. 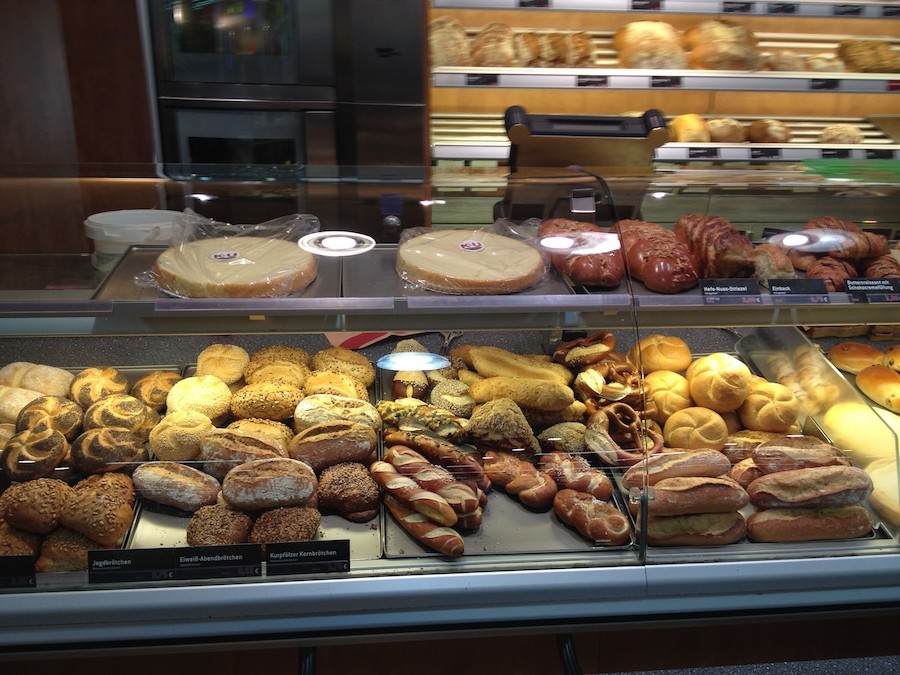