This is a very local traditional recipe from the region Saarland, Hunsrueck and the Rhineland. It is called Dippelappes German potato  dish from the Saarland. It’s also called “Debbekoche” or “Debbeddutz” or “Schaales”. The base are potatoes with ham and vegetable and it is cooked in the oven for a long time. It is recommended to use rather more smaller fire proof forms than a big one. The dish should have a nice crust on top. You can vary it with different vegetables such as carrots or celery. Happy Cooking! 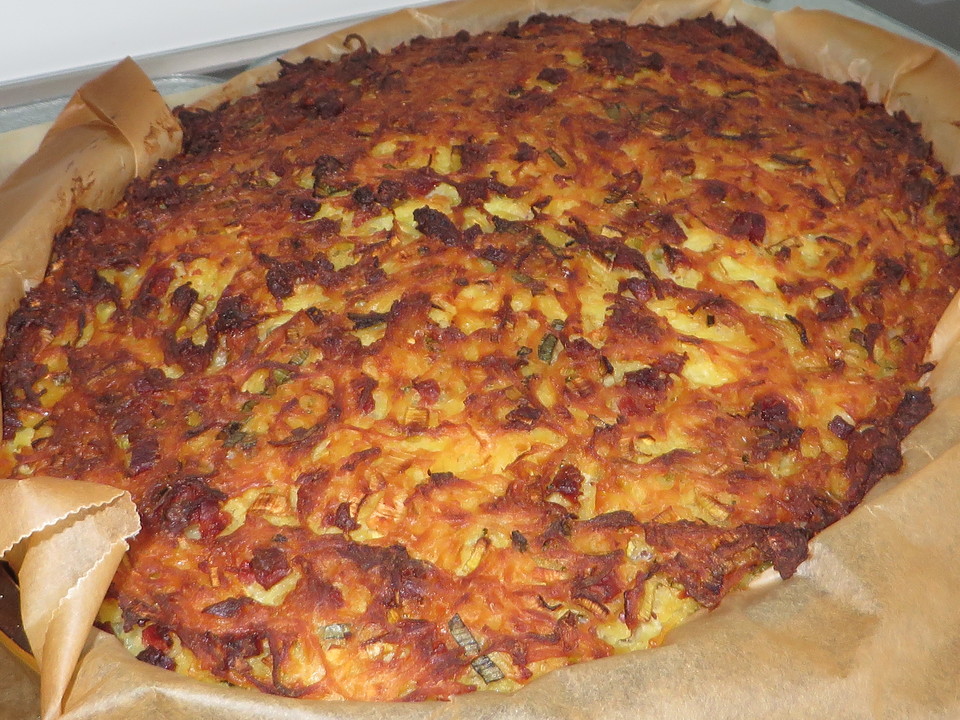