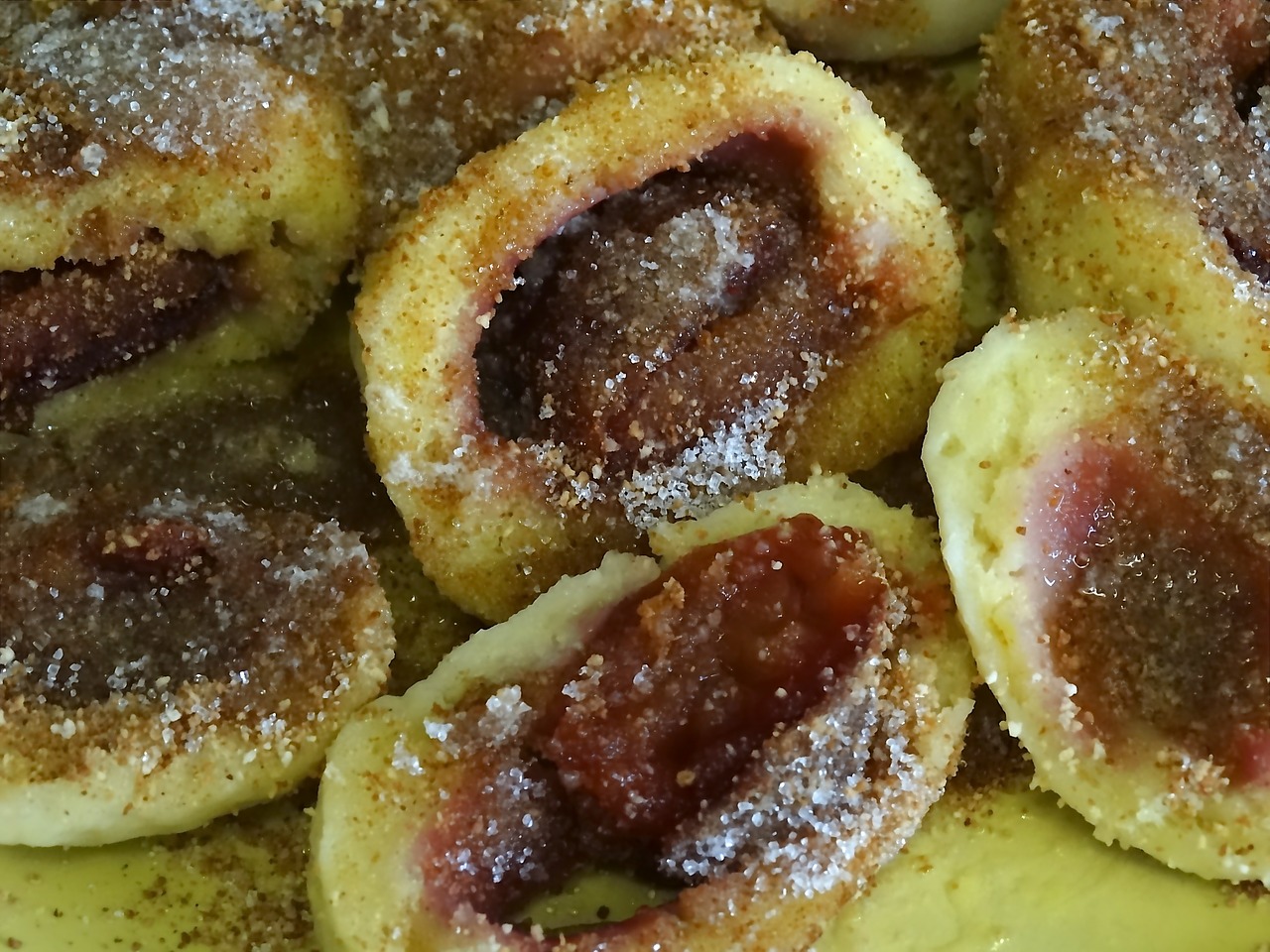 The German Plum Dumplings is a sweet dish called “Zwetschgenknoedel” in German and if you had been living in Germany you might know this delicious dish. You enjoy these dumplings warm, with melted butter and sprinkle a cinnamon-sugar mix on top.
Regarding the plums that are recommended to use, you would use Italian or Filbert plums which we call “Zwetschgen” in German. They are smaller and more oval than round.
As far as we know the traditional plum dumpling recipe comes from Austria, and is a typical “sweet Mehlspeise” – translated it means a sweet dish containing flour. Austria is famous for its sweet “Mehlspeisen”, they serve them as an alternative for a supper.  If you can find these plums this dish is a MUST MAKE dish!  Tastes awesome with vanilla sauce (see bottom of the recipe). Happy Cooking!

For the top: Powdered sugar, melted butter
Or a mix of cinnamon and sugar. 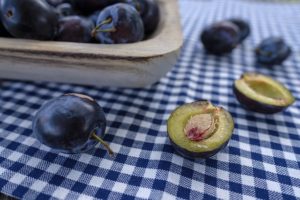 – Boil potatoes with skin, let cool off.
– Wash plums and pat dry, remove pits and use a sugar cube that will be placed into the middle of the plum.
FYI: The original version of the recipe says, don’t remove pits. I personally would remove them.
– Peel potatoes, then grate or press them through a potato press.

– Combine with flour, egg, butter and salt.
– Mix well until you get a dough.
– Take a walnut sized piece of dough (1-2 tbsp) and surround the plum with it (form a dumpling). The plum needs to be completely wrapped in dough.
– Bring water to a boil with a dash of salt.
– Place the dumplings carefully in the water, and stir carefully, so they won’t stick on the bottom of the pan.
– Bring again to a brief boil, then reduce heat and let simmer for 5-7 min.
– When the dumplings are done they will float at the surface.
– Remove dumplings with a slotted spoon, and serve them right away.

Sprinkle the cinnamon-sugar mix over dumplings together with melted butter.

NOTE:  In Austria you would add grated poppy seeds mixed with sugar to the dumplings. 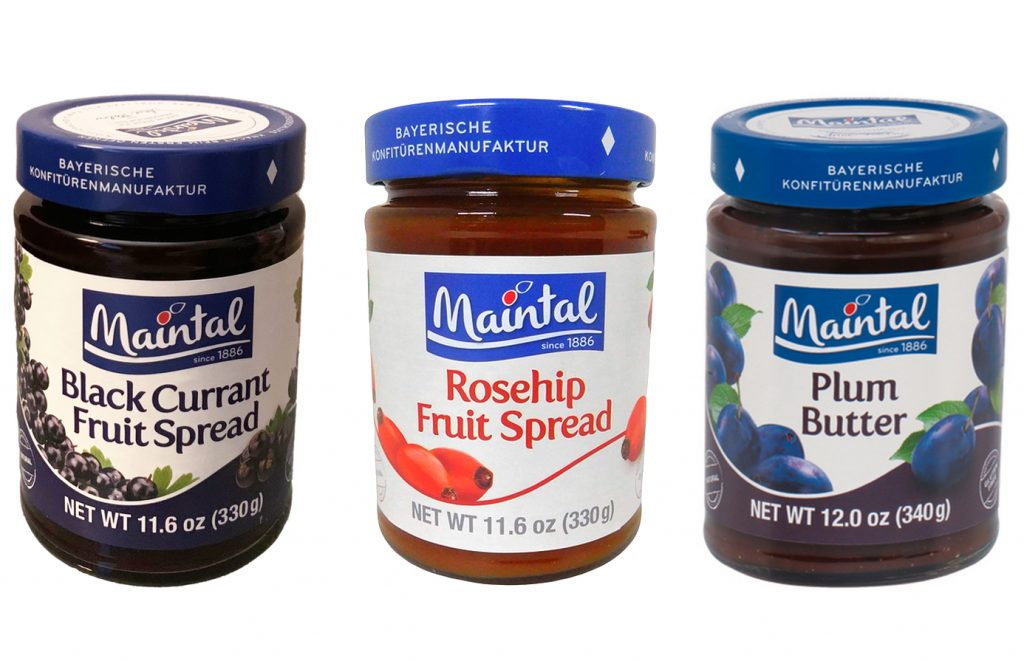 Tips:
Depending on the size you can make more or less dumplings. If you use other fruit like sour cherries, apricots or apples, the size will vary.
You also can use canned plums. The juice can be heated up and served with the dumplings.
The dough should not be sticky; put some drops cooking oil or flour on your hands, if the dough should get a bit sticky. 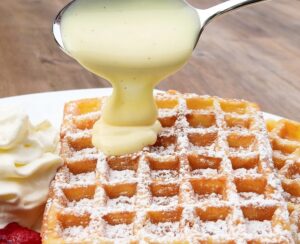 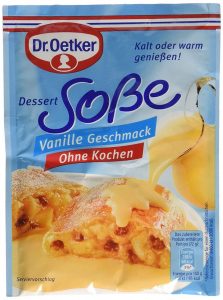