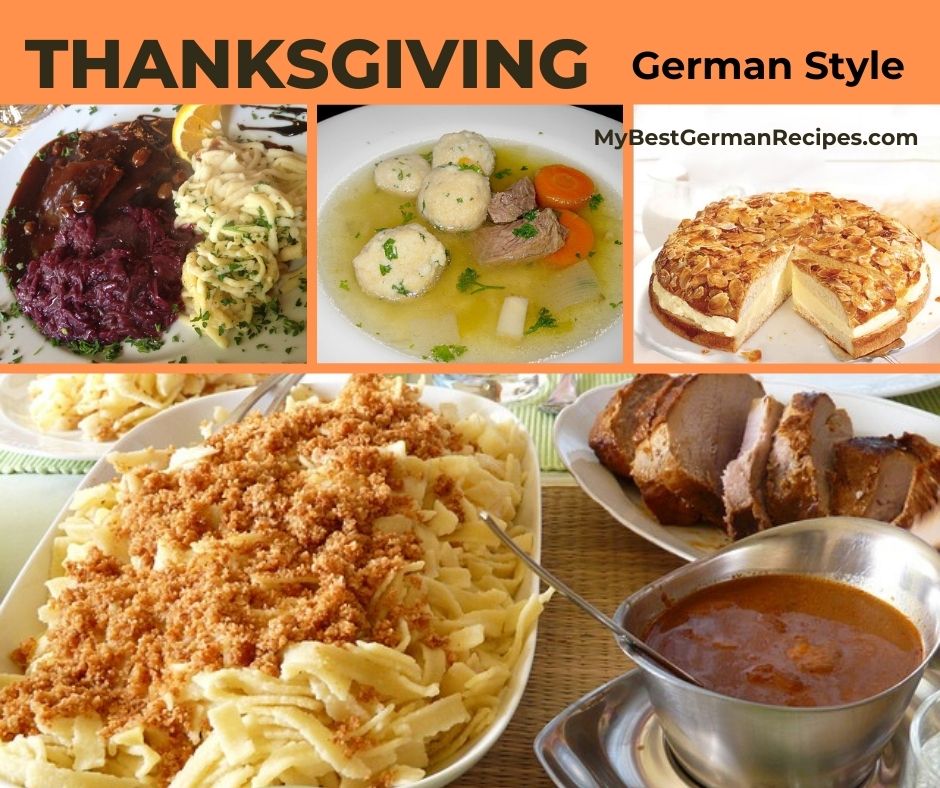 Thanksgiving is an important holiday in the USA. If you have German heritage, or if you just love the german food specialties, yo might want to change the menu for Thanksgiving the German way. Why not? The German cuisine has wonderful and perfectly suitable dishes for this day. We put together a nice menu that you will like. HAPPY THANKSGIVING!

Thanksgiving The German Way – All RECIPES

The Marrow Bone Dumpling Soup is a classic German soup that you will love. The soup consists of two parts which is the beef broth and the marrow bone dumplings. Enjoy this soup as the starter for a festive menu or just as a main dish… >>>GO TO RECIPE<<< 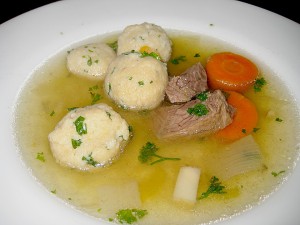 The Authentic German Sauerbraten is a traditional German pot roast using beef. The meat will be marinated for some days, and you serve it usually with potato dumplings, Spaetzle, mashed potatoes and red cabbage… >>>GO TO RECIPE>>> 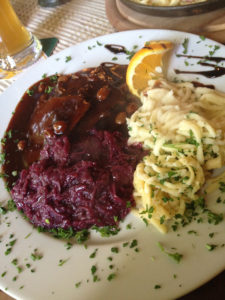 The authentic German pork roast is a traditional German dish that you can find in any good local German Inn or as we call it in Germany a “Gasthof”. Back in the 50s or 60s many families that lived on the German countryside would… >>> GO To RECIPE >>> 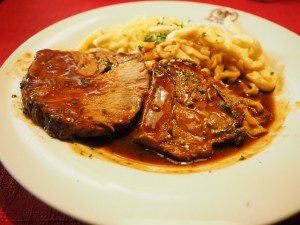 German Spaetzle are not only popular in the South of Germany, in Swabia, they are known in Switzerland and the Alsace. I am very happy that I even can purchase dried ones here in the USA! But do you know how to make them? >>> GO to RECIPE <<< 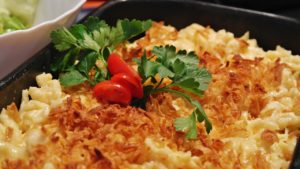 German Red Cabbage, or in German “Rotkohl” (some say also “Blaukraut”), is a great side dish. It goes very well with German Beef Rouladen and mashed potatoes which is a very traditional combination. You can find German red cabbage on every festive menu… >>>GO To RECIPE <<< 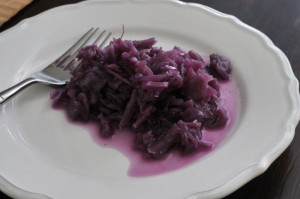 The German Bienenstich, or Bee sting cake in English, is a traditional German cake and can be found in almost every German bakery. The name means literally “Bee Sting cake“. There is a legend where the baker who baked the cake had been stung… >>>Go To RECIPE <<< 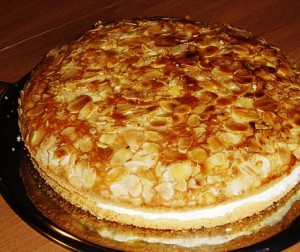 This is an Authentic German Black Forest cake recipe, proven and original. This cake is called in German “Schwarzwälder Kirschtorte”. It is a classic cake in Germany and very popular. So popular that you can find the cake in every German bakery. This original… >>>Go To RECIPE<<< 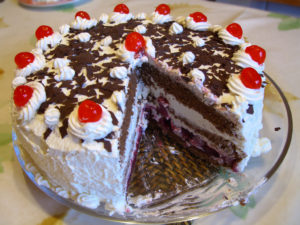