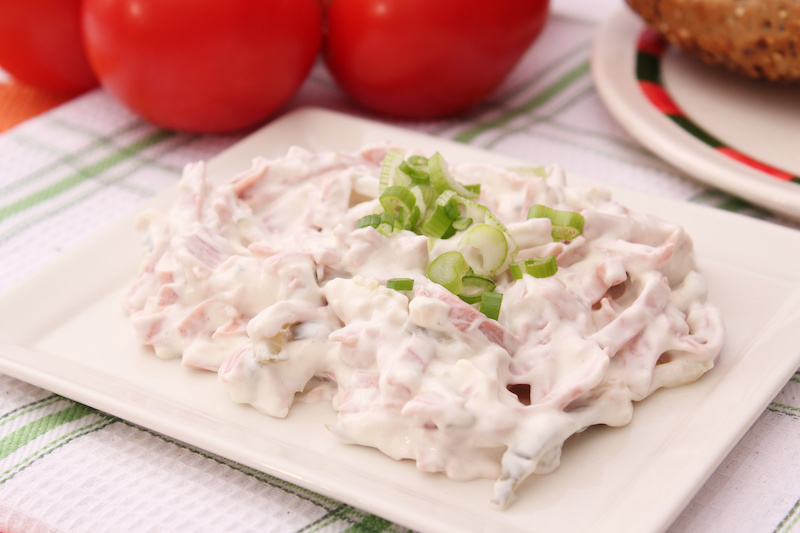 Learn today how to make the popular German Fleischsalat. The main ingredient for this salad is fried or cooked meat, Lyoner Sausage (Bologna) or Leberkäse. At a German butcher’s you would ask for a sausage called “Fleischwurst”. The meat or sausage is cut in thin stripes and is combined with a lot of mayonnaise and pickles.

Fleischsalat that you can buy already made, often contains preservatives, so the home made version would be much better. Per the German regulations Fleischsalat must contain 25% meat and 25% pickles. If you add more than 25% meat like beef you call it a beef salad. It is a great party salad, try it out. Happy Cooking!

– If you use eggs, boil eggs, peel them and cut each egg in eight parts and chop fine.
– Cut pickles and sausage in half (vertical).
– Then cut in fine stripes. Note: the typical German Fleischsalat contains the same amount of pickles and sausage, and it is important that you use German pickles.
– Mix mayonnaise with yogurt, spice with salt, pepper to taste.
– If you like the salad a bit mushy you can add some pickle liquid.
– Mix salad well and let sit for 1-3 hours in the fridge 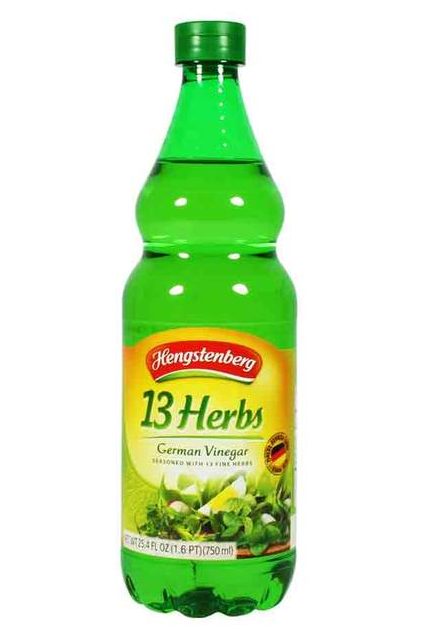 There are different ways to make this salad. Some add eggs, some add peas.
If you like parsley and chives, just add the herbs finely chopped to the salad.