German Pumpernickel Bread – How to Make it

Today learn “How to make German Pumpernickel Bread’.  Pumpernickel is also called” Black Bread” in German or “Schwarzbrot”. It is a very healthy bread and very popular in Germany. In the USA it is available in certain supermarkets from the brand Rubschlager. Today we found a recipe of how to make pumpernickel from scratch. The recipe is from an old baking cook book. Many German recipes ask for a German sour dough starter which is not available in the USA. The recipe we found does not use a starter. 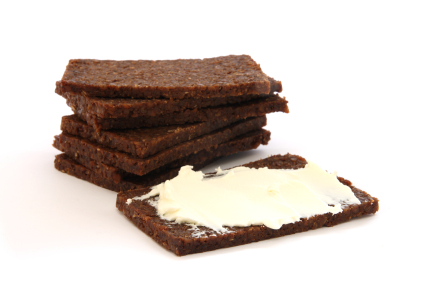 Have you ever asked yourself why it is called Pumpernickel? Here is the origin of the name:
There is an often quoted story of Napoleon who got the dark German rye bread served for his dinner while he was invading Germany. He  explained,  he would not eat it, and said instead, “C‘est pain pour Nicole!” In other words, this bread wasn’t for him but for his horse named Nicole.
“Pain pour Nicole” over time became Pumpernickel. The Straight Dope describes this Napoleon story as implausible because the word “pumpernickel” was in use before Napoleon’s time, this could not have been the word’s origin. So here we are and still don’t know the origin… This recipe is not 100 percent original German.

One Comment on “German Pumpernickel Bread – How to Make it”