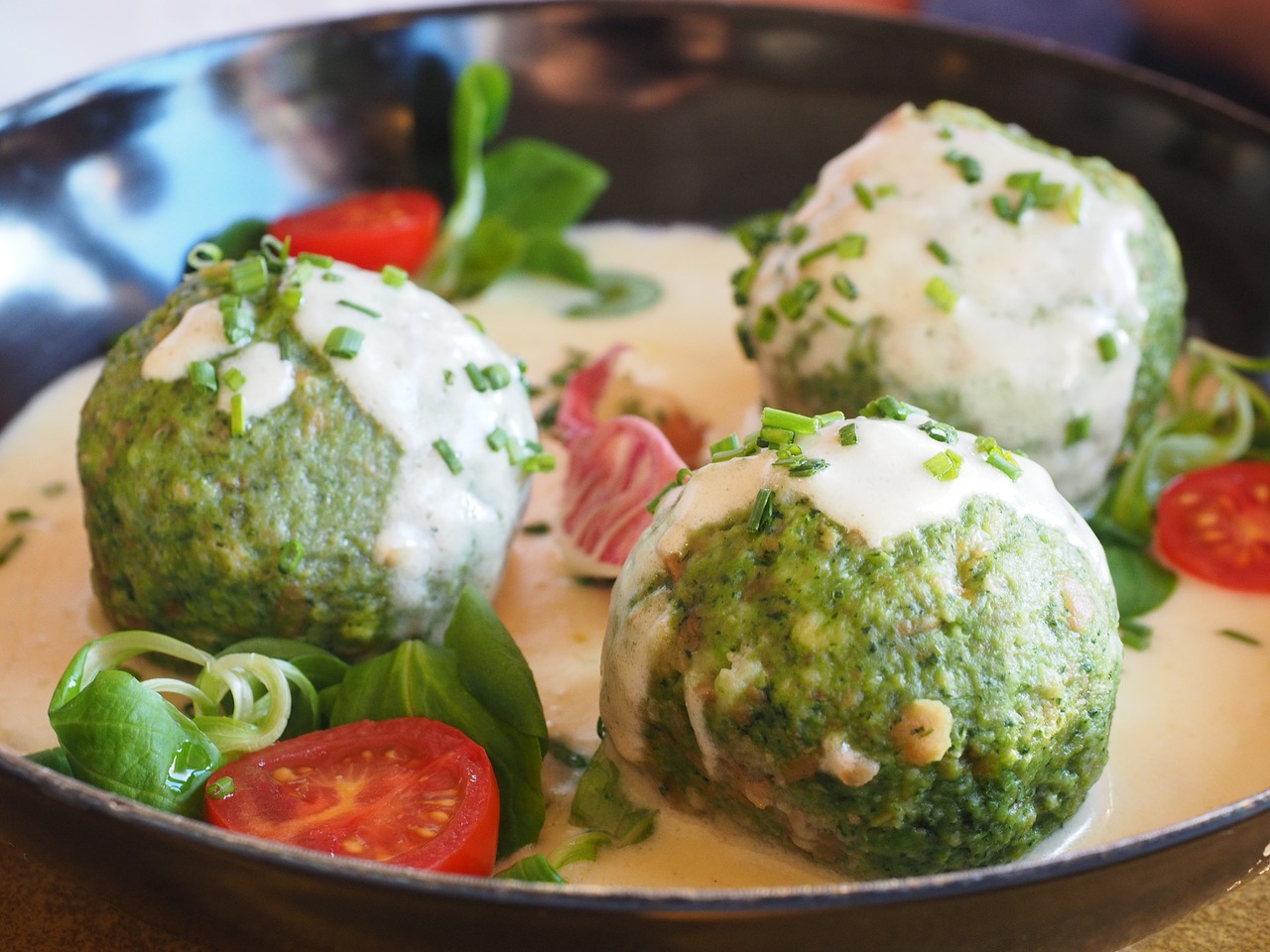 The recipe for the German Spinach dumplings is actually after an Italian recipe, and is a food specialty in the region of Southern Tirol. The dish has made its way into the German cuisine as well, and has become very popular. We found this recipe on the menu of the German Restaurant Jagstmuehle in Germany and are happy to share it. You can add the cheese or not, it’s up to you.  The final step is to broil them in the oven with cheese which sounds delicious. But you can also serve them in a light Hollandaise Sauce. These dumplings are so easy to make. Happy Cooking! 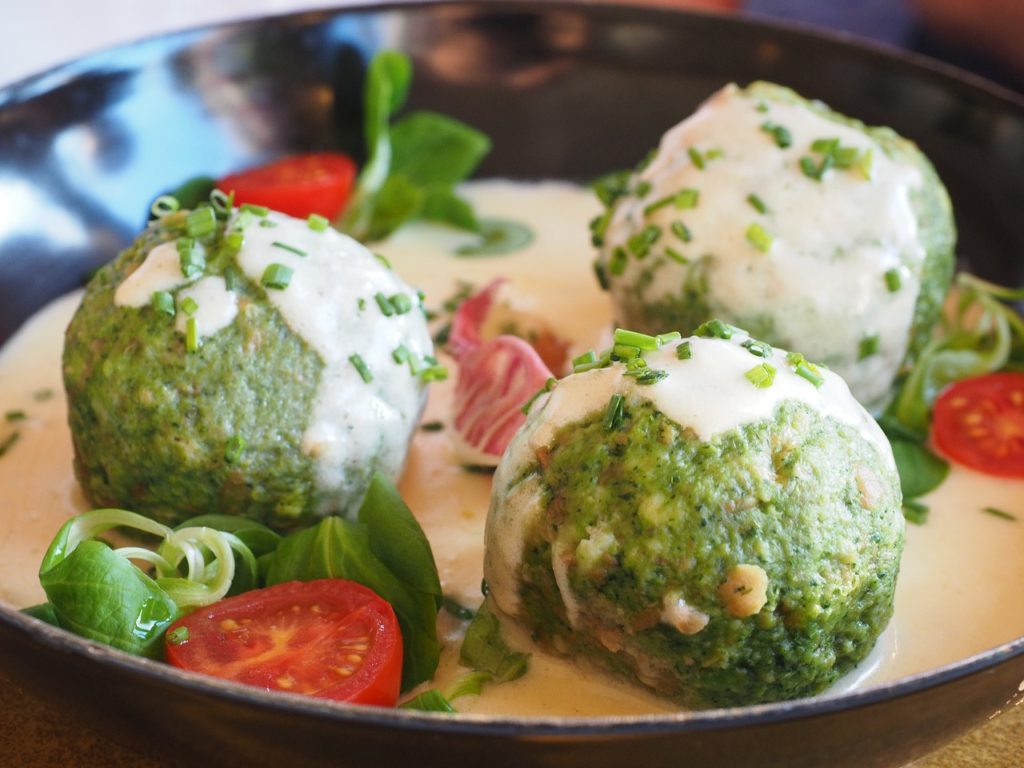 Optional: 250 g cheese such as Gruyere (Aldi has a good one) or Gouda – you need some grated cheese, 8 cubes and 8 slices
salt, pepper, nutmeg to taste 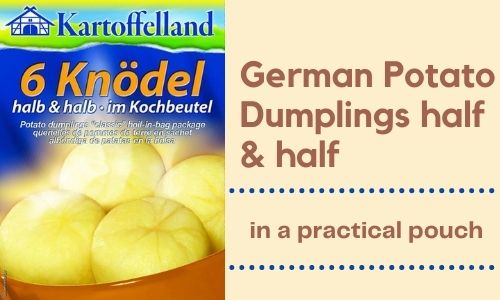 – Soak bread cubes in mildly warm milk.
– Saute onions and garlic in butter, then add to bread cubes and mix well.
– If you use fresh spinach bring water to a boil, add spinach to it and keep in there for 1 min. Remove and proceed with recipe. Frozen spinach needs a longer cooking time.
– Puree spinach with egg and egg yolk very fine, then add flour, grated cheese and mix with the bread.
– Spice with salt, pepper and nutmeg.
– With moist hands form dumplings size of a golf ball (optional: place one cube of cheese in the middle).
– Bring water with some salt to  a boil.
– Place dumplings in the water, and let cook on low heat for 8-10 min. They are done when they float on the surface. Remove them with a slotted spoon and serve right away or proceed with the cheese.

– Optional: Remove dumplings, place in a fire proof form, add the slices of cheese on top, broil until cheese has melted. Serve right away.

Made in Germany – Rösti and Fried Potatoes – Non-GMO