Bethmaennchen are German cookies made from Marzipan, almond flour, powdered sugar and rosewater. The name comes from the family Simon Moritz von Bethmann in Frankfurt am Main, Germany. A legend says that the famous Parisian pastry chef Jean Jacques Gautenier developed the recipe at the Moritz von Bethmann’s home in 1838.
Whoever originated this recipe, the Bethmaennchen cookies were decorated with 4 almond halves that stood for the names of the four sons, Moritz, Karl, Alexander and Heinrich.
It is a legend because Herr Bethmann died already 1826, so the recipe must be older. Enjoy the traditional Bethmännchen Cookies and Happy Baking! 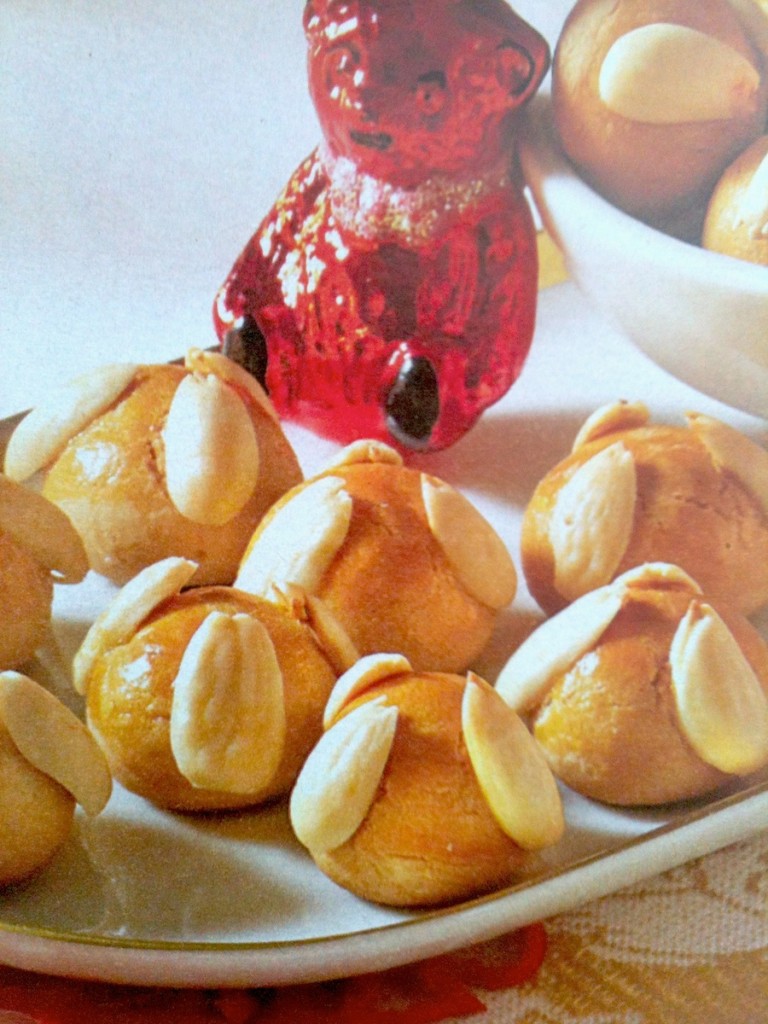 – If you use unpeeled, brown almonds you need to blanch them first:

Find out How to Blanch Almonds – See the Video –

– Grind half of the almonds to use as flour or use ready made almond flour. Cut remaining almonds in halves.
– Crumble or grate marzipan fine, mix well with rosewater, powdered sugar, egg, almond flour and flour.
– Form small walnut size balls out of the dough
– Place them on a baking tray layered with parchment paper.
– Mix 1 egg yolk with 1 tbsp milk and brush all over the balls.
– Press 3 or 4 almond halves on each side of the ball. If you cannot get blanched almonds that are pre-cut in halves just use one blanched almond and place it on the top.
– Bake in pre-heated oven for 15-20 min until golden, let cool off.