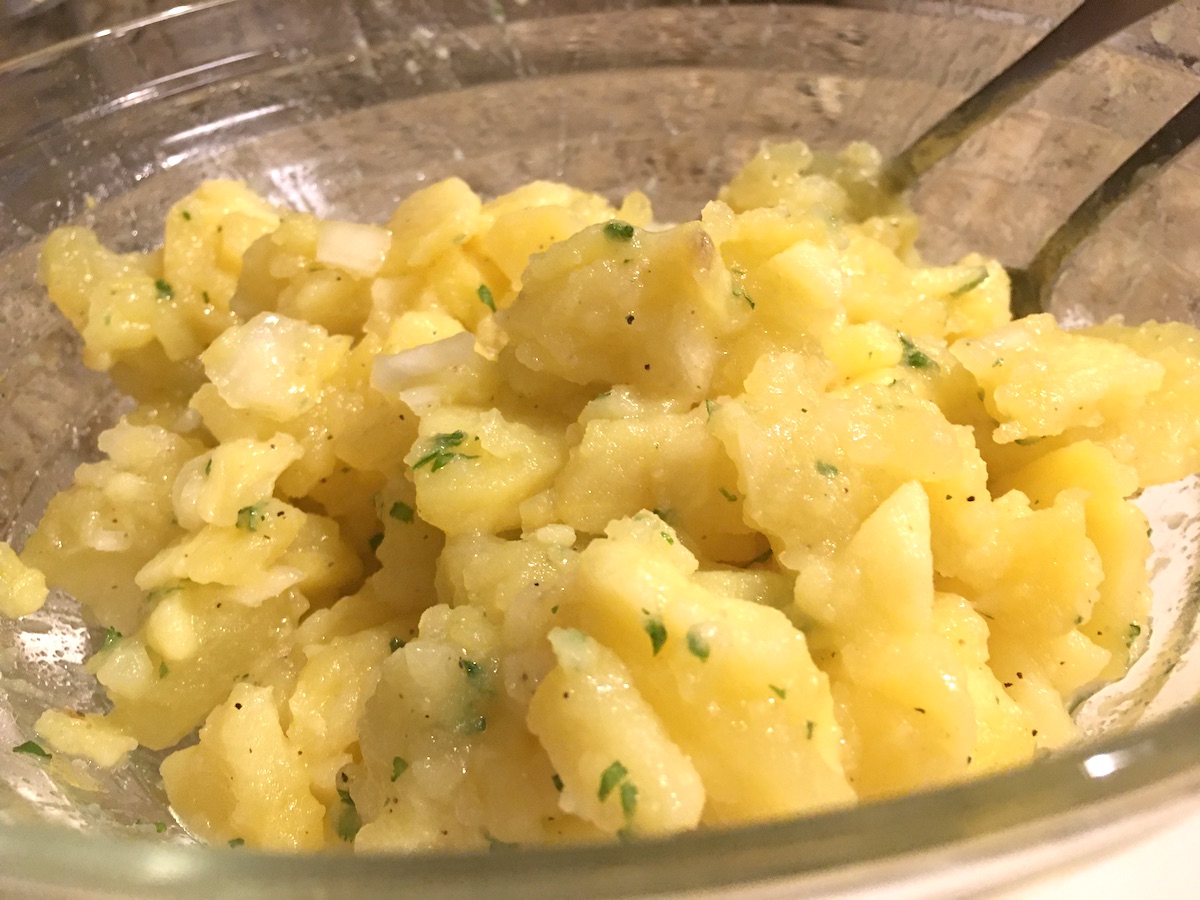 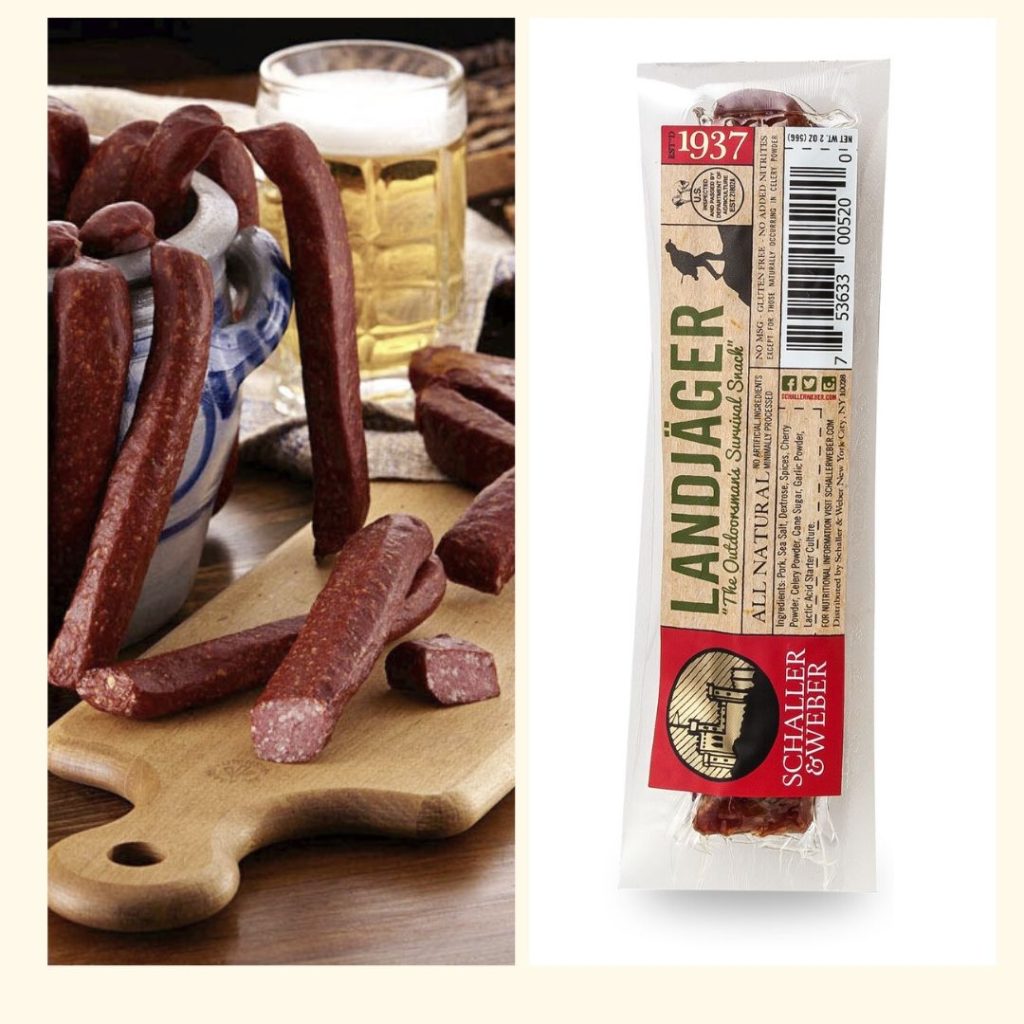 – Pour 250ml (half of the amount) HOT beef or vegetable broth (use instant powder or make it from scratch) over it.
– When potatoes are done remove them from the water, peel,  and let cool off.
– Cut into very thin slices (potatoes must not be hot).

– Add them to onion broth and mix well with a wooden spoon.
– Add more broth if necessary; the salad should NOT be too dry (you should hear a smacking sound while mixing) and should NOT be swimming in broth.
– Add salt, nutmeg and pepper to taste.
– Let salad sit for some time to see if it will be still moist (potatoes soak the liquid fast), add more broth if needed.
– Add the chopped parsley or chives on top.

This German potato salad tastes delicious as a side dish with the famous German “Wienerschnitzel”, Leberkäse, Hot dogs, Wiener sausages, Bratwurst, Bockwurst, Weisswurst, or fish fillet. Makes a great side dish for a summer BBQ. 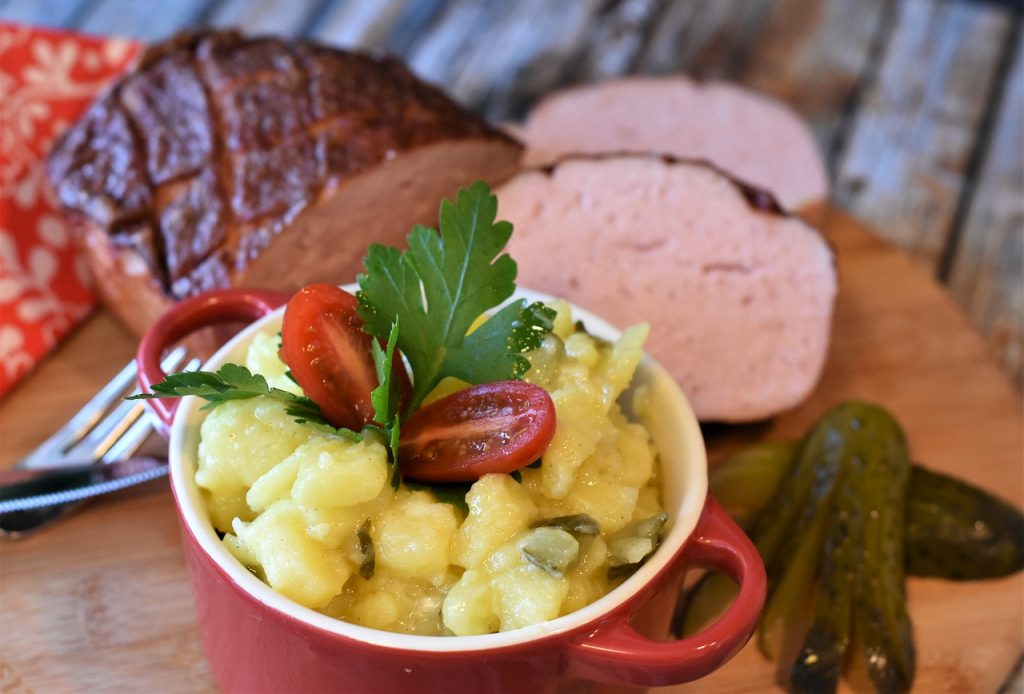 – Buy the yellow potatoes; if possible use organic potatoes. Don’t use soft and floury potatoes as they will get too mushy such as Russet.
– Using home made broth would be the best or bouillon (cubes) Made in Germany without MSG.
– Don’t use chicken broth.
– Mayonnaise is not an option for this salad.
– Always peel the potatoes when they are cooked. And never use them with the skin on.