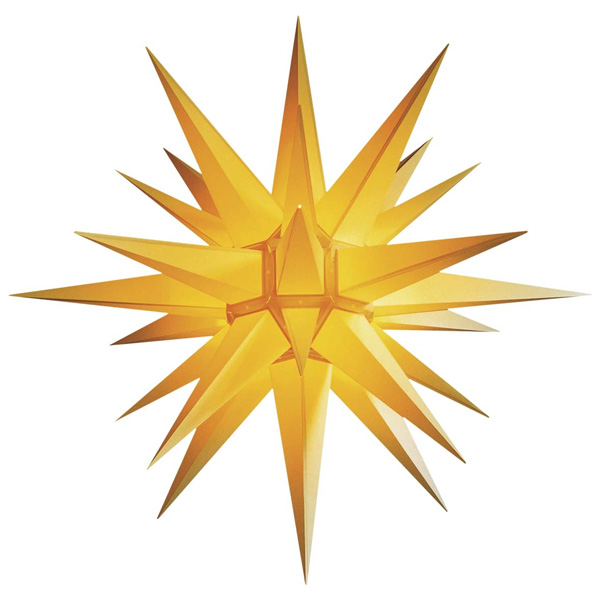 This star above is a symbol of the star from Bethlehem and has also its own story and connection to Christmas.

German Christmas starts 4 weeks before the actual Christmas days with the “Adventszeit”, each Sunday in December is an “Advent- Sunday”. And it is an old tradition to built a star on the first Advent-Sunday evening together with the family and friends. In Herrnhut this tradition is called “Sterneln”.

How did this come about?
Beginning of the 18th century the neighbors from Bohemia and Maehren found shelter at the estate of the count from Zinzendorf and they founded a new village in 1722 with the name Herrnhut which means “master’s hat”. They also built their own schools for the children so they could have a good education and would stay in the village rather then move away.

The first Herrenhuter Star was built by a math teacher out of paper and board, and it became a tradition. Each star has 25 edges and you need a steady hand to built such a star. They are not manufactured in China or elsewhere, they are built in Herrnhut manually like in the good old times. The stars can be bought at different Christmas Markets such as the one in Cologne.