Today find out about the German Carnival Recipes: Mutzen – A Regional Recipe from the Rhineland.
It was in the year of 1314 in Cologne. The first fools or in German called “Jecken” celebrated a parade through the city. The reason is unknown, only the date can be traced back.
200 years later a noble man named “Weinsberg” wrote about the carnival. He described that there were no differences between the people, everyone was equal. And this is until today the case, no classifications. It was the time of eating, drinking, dancing and celebrating for 6 days before the six weeks duration of fasting started (mainly in the catholic Rhineland).
Even in the convents it was more casual than throughout the year. The oldest carnival song was written by a nun named Anna around 1500.

And in 1728 another nun wrote about a special supper which lasted until two in the morning with gourmet tea, coffee and even chocolate. They had cinnamon waffles which were baked with a scissor-like iron over the open fire. The recipe came from a Flemish convent. And from there all the popular carnival pastries called “Mutzen” and “Mutzenmandeln”, baked with rum and rose water, are deriving.
Another name for the Mutzen is „Nonnenfürzchen“ – which comes from the old word “Nunnekenfurt” which means “prepared best by nuns”.

You deep fry them therefore they are kind of heavy to digest. In the Rhineland they combine the pastry with some glasses of Schnaps. This is only possible during the crazy time of the Rhineland Karneval! And it all comes to an end on Ash Wednesday.

Therefore the days of carnival are not only the “mad days”, die “verrückten Tage”, they are also called the “fat days”, die “fetten Tage”. Because all the pastries are deep fried or baked in fat, such as the “Berliner” or the Krapfen. Happy Cooking! 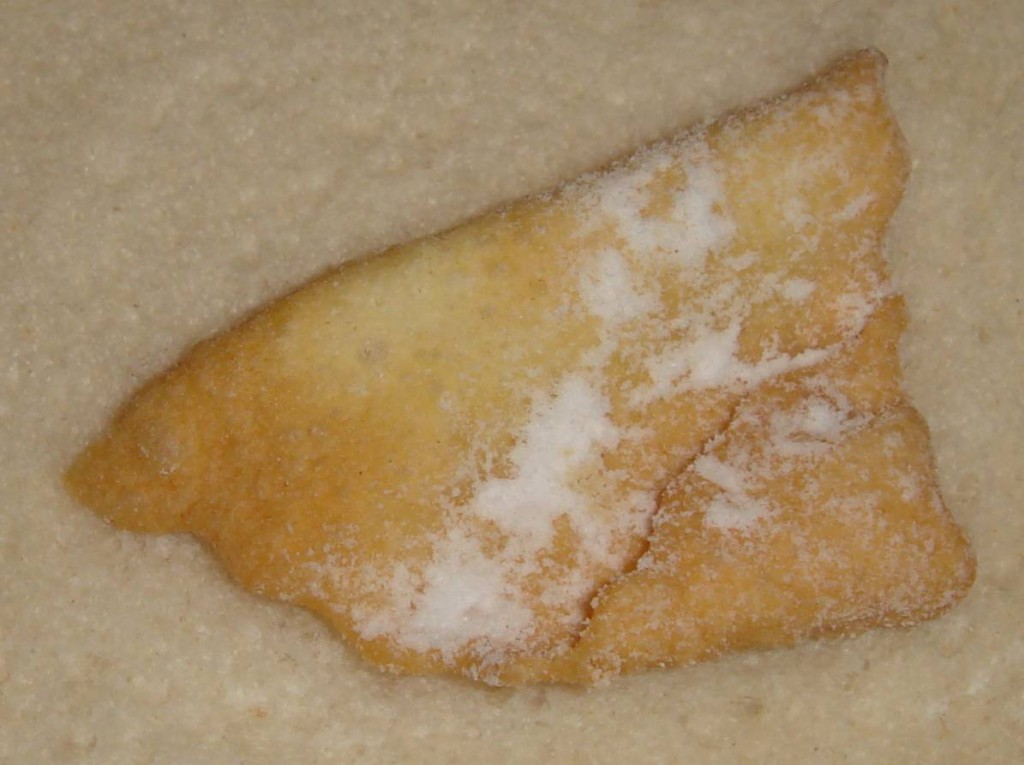 – Melt the butter, add sugar, rum and eggs, beat them until foamy.
– Add flour, baking powder and mix well until you get a somewhat bubbly dough. Knead the dough.
– Roll the dough very thin on a baking board.
– Cut slanted squares and bake them in boiling oil until they show a golden color.
– Dust them with powdered sugar and sprinkle them with rose water.

This recipe is indeed ancient! It is from the convent and the recipe was handed around through all the centuries from generation to generation. Enjoy this traditional German food specialty!

More Info and Photos of the Mutzen here